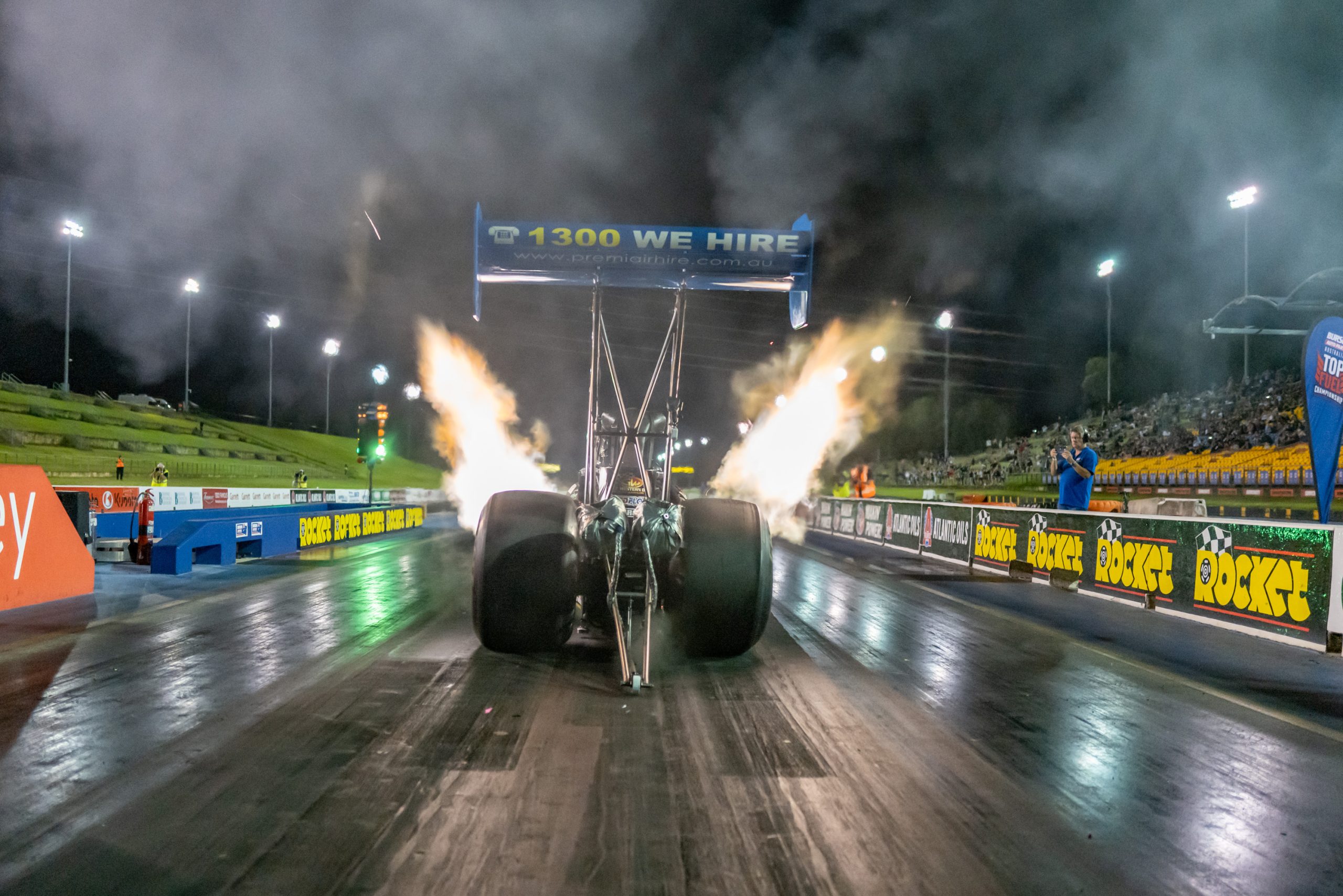 PremiAir Hire Racing is full of smiles and praise following the opening round of the new-look Burson Auto Parts Australian Top Fuel Championship at Sydney Dragway at the weekend.

Peter Xiberras and the PremiAir Hire Racing Top Fuel team walked away from the event with not only the runner-up trophy but also lots of good things to say about the new championship which will continue in just three weeks’ time with its second round to be held as part of The Australian Nationals across February 11-12.

“What a spectacular new series and what a wonderful event – our congratulations go to Andy Lopez, the track staff and the rest of the team behind the Burson Auto Parts Australian Top Fuel Championship; they have created a fantastic event and we have thoroughly enjoyed ourselves this weekend,” Xiberras said.

Xiberras set the quickest time in the final round against eventual event winner Phil Read, but Read’s better reaction time on the startline secured him the victory with a 3.892 second pass compared to Xiberras’ 3.828 second ET.

PremiAir Hire Racing secured the finals berth following victories in both rounds one (over Phil Lamattina) and round two (over Wayne Newby), setting 3.868/316.52mph and 3.901/315.78mph passes in the process.

Earlier in the day, the team was declared as the Top Qualifiers with the leading time of 3.836 seconds at 290 miles per hour set in what was originally supposed to be a test pass on Friday; but was converted to a Q1 pass after rain thwarted the scheduled Q1 efforts for Xiberras and Lamattina.

“We headed to this event feeling like we were the underdogs, as we had been unable to complete any testing since our title-winning and record-breaking performance at the Winternationals back in June of 2021, whereas all the other teams had had the chance to get on track before this event,” Xiberras explained.

“To come to this event after so much time off the track and Top Qualify and then take out the runner-up trophy has been absolutely fantastic – even if it stings a bit to have lost the victory on the startline,” he sheepishly grinned.

“As always, my thanks go to my team – they have all worked so hard and put in so much effort over the off-season and in the lead up to this weekend to ensure we could be competitive here this weekend.

“With round two less than three weeks away and again here at Sydney Dragway, we are looking forward to hopefully building some momentum and putting on the best show we can at what we are sure is going to be another phenomenal event.

“The Australian Nationals has always been a great event, and with the new-look Burson Auto Parts Australian Top Fuel Championship on a real roll, we think it is going to be a must-see for the fans.”

Round two of the Burson Auto Parts Australian Top Fuel Championship will be held at Sydney Dragway cross February 11 and 12. For event information, go to www.sydneydragway.com.au

For more information on PremiAir Hire Racing, please visit https://premiairhire.com.au/ or follow the team on Facebook at www.facebook.com/PremiAirRacing/